It's been almost a year to the day that I wrote a wrestling blog.  Which is funny, because A: I love to write, and B: I love wrestling.  But it's hard to write about something that you love when it's not very good.  For the past year, we have seen some really crappy stuff take place inside the WWE ring.  Brutal story lines, guys and gals not being used to their best advantage, same ol' shit as wrestling fans would chant when they see the same thing way too many times.  But in the past month that has changed!

For the past few years, wrestling fans wanted an alternative.  They got that with NXT.  Though it was a WWE brand, it didn't feel that way.  It felt like an indy fed that created stars that eventually went to the WWE.  The NXT fans at Full Sail, could be compared to the original ECW fans at the ECW Arena in the 90s.  Passionate, smart, and loved to be entertained.  With NXT, we got the NXT Takeover specials.  They have been quite spectacular too.  So NXT was really the hot place to be for a wrestler, or a wrestling fan.

AEW was a dream by Cody (Rhodes - wait, can I get sued for saying that?!) and the Young Bucks, and Kenny Omega.  Thanks to them, we got to see All In last September.  Stars from ROH, Impact Wrestling, MLW, and NJPW got to perform on PPV for the Chicago audience, and the viewers watching at home.  It was a pretty solid show, and had a lot of buzz, and had a lot of people talking.  Then in January of this past year, it was announced that Tony Khan was creating All Elite Wrestling, and there would be a new big wrestling federation on the block.  TNA Impact tried years ago to compete with the WWE, but it didn't happen like everyone had hoped.  TNA tried to take stars from the original Monday Night War to use against the WWE, and fans just didn't buy it.

So with NXT being the main exciting place for WWE, it couldn't come as no surprise when AEW wanted to have their show be on Wednesday night.  They knew NXT was taped, and on the WWE Network, but maybe they didn't suspect Vince and USA Network to have NXT go live, every week for two hours on USA Network, to shockingly compete with AEW, which is live for two hours on TNT Network.  For we now have a Wednesday night war!

For the past three weeks, AEW has won the ratings.  They are drawing over a million viewers each week, and NXT just isn't.  They aren't getting over a million viewers.  Maybe it's because fans know they can watch NXT the following day on the WWE Network?  Maybe it's because AEW is so new that fans are choosing to watch it?  Or maybe it's because NXT has lost a bit of its shine in recent months, and isn't as great as it once was?  I don't know, because everyone will have a different reason as to why they watch what wrestling program they choose to watch on Wednesday nights.

With wrestling becoming a bit special again, and creating a little bit of a buzz, other wrestling promotions are getting popular too because of that.  ROH is building up their talent pool again, MLW has a unique alternative to what we see on Wednesday nights, and the shocker of it all, the return of the NWA!

NWA Powerrr every Tuesday night, at 6:05 pm on their YouTube channel is the most fun hour each week I get when watching wrestling.  If you haven't watched it yet, tune in and check out the first two episodes.  You will see a lot of familiar faces you remember seeing on your TV screen from years ago, and a lot of new stars that you will enjoy.

Impact Wrestling is doing great things too again.  Brian Cage is a beast, and is a believable champion in every sense of that word.  For Impact Wrestling has turned into a fun alternative to watch, and it feels totally different from the old TNA Impact I watched from ten years ago.

So because of this new Wednesday night war, we do have ratings!  All wrestling is being watched again, and everyone who's a wrestling fan seems to be enjoying themselves once again.  Except on Monday or Friday, those two days aren't the best for wrestling programs.  But hopefully that will change in time too.

So please, watch AEW Dynamite on Wednesday, watch NWA Powerrr on Tuesday, watch MLW, watch ROH, watch Impact Wrestling.  There is so much good stuff out there right now for us wrestling fans, that we need to enjoy it while we can! 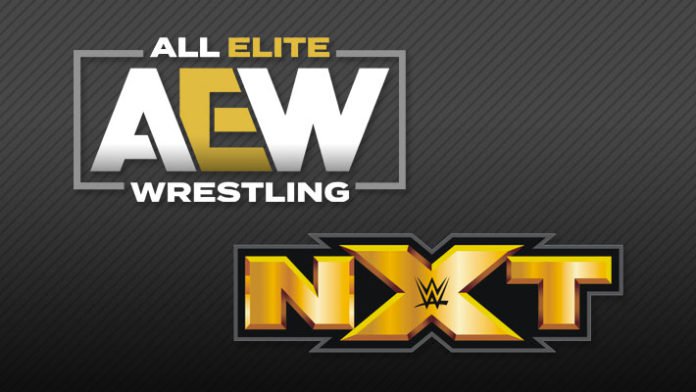 So sit back wrestling fans, and enjoy the new war we get to see weekly!  It's USA Network vs. TNT Network all over again, and no matter the outcome weekly the real winners here are the fans.