There isn't any other title that speaks about this week in the world of sports entertainment/professional wrestling than to just say, "Big Week In Wrestling!"  Because that's what it has/will be for all three major wrestling promotions out there.

Let's start with the WWE section.

The Fastlane Pay Per View was horrible.  I didn't care for any of the matches that took place.  I found AJ Styles vs. Chris Jericho to be sloppy compared to the first two matches that they had.  The main event was a joke, because I think everyone knew that Dean Ambrose was just in the match to get pinned by Roman Reigns.  It just wasn't looking good for Wrestlemania.  Fans were not happy.  What could possibly happen on Monday Night Raw to change everything around?

That's right, Shane O Mac is back!  Shane McMahon returned to a huge ovation for so many reasons.  One being that it's been a long ass time since we have seen the old 'Rocky Johnson shuffle' that Shane would do on the stage.  Secondly, everyone knew that Shane really has the golden vision for sports entertainment, not Stephanie.

Remember in 2006 when Vince brought back ECW full time?  Shane wanted ECW to be done in small buildings, with a grunge type atmopshere, with the whole dim lights and such.  Much like how the original ECW was presented.  But Vince and Stephanie were totally against that, and thus made ECW look exactly like Raw and Smackdown.  And it failed... big time!

Shane wants power and to get that, he has to beat the Undertaker at Wrestlemania 32 in a Hell in a Cell match.  Now this actually once again makes a Taker match interesting.  For one, the streak was such a huge draw for Wrestlemania, that once Brock Lesnar ended it back at Wrestlemania 30, the Undertaker's match at Mania now almost seems just... normal.  Last year, we saw Taker beat Bray Wyatt, but now this year, again it feels like the streak is back.  I always said that the first time Taker loses at Mania, it would shock the world, but it is gonna be the second time that he loses at Mania that is gonna be the real deal.

Let me explain why.  Anyone can have a streak in any sport.  Look at the NHL, or NFL, or NBA, you name it, there has been some sort of streak.  A team can go 15 wins right off the bat and then lose.  It happens.  And just like in wrestling - even though it is staged to a point - the first loss after having a streak can be seen as a fluke.  It could have been an off night for said sports team and they lost, well the same can be said for the Undertaker at Wrestlemania.  But its that second loss that solidifies that nobody is perfect.  So if Shane O Mac can beat the Undertaker at Wrestlemania 32, it shows that Taker really isn't perfect when it comes to Wrestlemania and that anyone has a chance against Taker now at the grand daddy of them all!

Tonight, on Impact Wrestling we get Lockdown.  It's not a PPV event anymore, but just a show now for free TV on the weekly TNA show.  But the concept of every match being held inside the six sides of steel is an entertaining factor in wanting to see this event.

This Friday night, the ROH crew goes back at it to PPV to entertain the fans with the 14th Anniversary Show.  It's crazy to think that Ring Of Honor has been around that long, but it has.  A lot of faces have come and gone (and come through again) to the ROH company, but right now, it seems that ROH really can't do anything wrong.

Final Battle 2015 was a great PPV show, and I didn't think that it could be topped, but I have a feeling that this Friday, it will be.  Jay Lethal vs. Adam Cole vs. Kyle O'Reilly for the ROH World Title will be amazing!  Plus with all the Japanese influence on this PPV event, it will give a lot of fans a treat to maybe see Japanese stars that they aren't familiar with, or have only heard about but never seen before.  So I think the event will go off great.

My prediction for the show is that Adam Cole will walk out with the ROH Championship, and that Chris Sabin will finally reunite with Alex Shelley to feud with Kazarian and Daniels down the road.  Also, I think Roderick Strong will win back the ROH TV Title in the 3 way with Bobby Fish and the new TV Champion Tomohiro Ishii.  So it should be a fun show for sure. 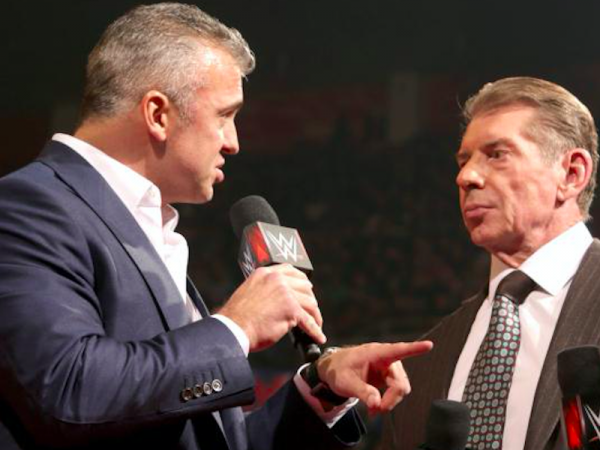 So if you are a true, hardcore wrestling fan, I have a feeling you are going to enjoy this week of wrestling and sports entertainment.