I haven't wrote here since after Wrestlemania when Seth Rollins cashed in the MITB contract and became WWE World Champion.  It's not that there isn't stuff to write about, just I will chalk it up to laziness on my behalf.  Lately though, something has been annoying me, and bothering me greatly.

So we all remember TNA Impact from years ago, right?  The hour show every week on Spike TV that everyone loved and was almost seen as an ECW type show with money to it.  Nothing wrong with that either.  Yet over time, things changed in TNA.  But that happens in every wrestling promotion, things will change in it.  However, it appears that for the past few years, fans have really given up on TNA Impact and I am not entirely sure as to why.

Actually, now that I think of it, these fans don't talk about ROH like they once did either, all because of NXT.  Which is funny, because these fans watch NXT because it's different from WWE Raw or Smackdown.  But here's the thing....

You are STILL watching a WWE show.  A friend of mine the other day said that Vince McMahon was a genius in that he looked at what the fans love - that being an independent wrestling federation - and created his own in NXT.  They brought in the 'indy darlings' that the fans loved and have them do their thing in an NXT ring - which is a WWE ring.

Okay, so now back to my main point here, TNA Impact.

TNA Impact has a lot of great wrestling action take place.  They have Kurt Angle, Jeff Hardy, Matt Hardy, The Wolves, Austin Aries, Bobby Roode, Eric Young, and a whole host of other men and knockouts who put on a great show each and every week.  But it seems that the wrestling fan wants to see TNA die.... and I don't know why?

Is it because Jeff Jarrett isn't in TNA anymore?

Is it because guys like AJ Styles, Kazarian, Daniels, Samoa Joe, Chris Sabin and others like that aren't there anymore?

Do you really hate Dixie Carter that much that you want to see many men and women lose their jobs during a time where there isn't many places to go?

I just don't get it.  And like I said before, sure, TNA isn't what it was 10 years ago, but neither wrestling promotion is.  So why the hate for TNA, fans?

I want TNA to succeed, I want Global Force Wrestling to succeed, I want them all to keep doing their thing, because it's more places for the hard working wrestlers out there to make money at and do what they love.  Yet some fans just don't care if TNA survives or not? 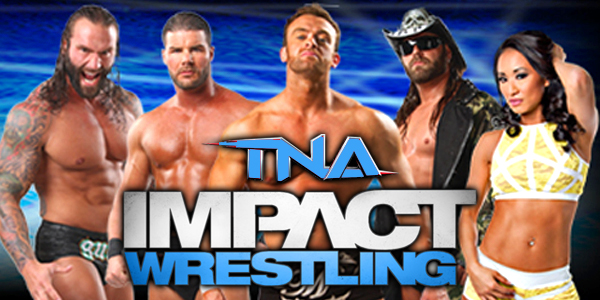 So instead of saying "Goodbye TNA" why not try watching the program and enjoying what you wrestling fans seem to enjoy.... that being wrestling!