WWE Raw: 20 Plus Years For Your Entertainment

So when you think of that - and I am by no means a mathematician - but I am going to take an educated guess here and say...  that's a whole lot of freaking episodes!

So for those who are wondering what was picked for this set, why look no further for here it is with the help of the website www.wrestlingdvdnews.com

Now to be honest, I'm a bit excited for that set.  And yes, it is quite obvious that in this day if we want said wrestling show from years ago then just go to your local trusty torrent website and download said episode.  But by doing that you sometimes get bad quality, or it's incomplete, and it's just a real hassle.

I was really happy to see that four shows from 1997 made the cut on this list.  For 1997 was a great year for the then WWF, and I feel it gets over looked because of how hot WCW was at the time with the NWO angle.  But the Raw shows from 1997 definitely was the first chapter in what was to be the 'Attitude Era' that all of us fans look back so fondly on.

Some of the newer shows are questionable.  But perhaps that's because I wasn't really a true fan of the 'sports entertainment' business in the past little while.  The story lines were boring, the same old matches took place on every show and pay per view, and there was little to be said for the creative aspect of it all.  But I also get that the WWE fans are younger, and would rather see John Cena vs. Big Show more so than The Quebecers vs. 123 Kid and Marty Jannetty.

Yet, with all these shows that have taken place of the years, I do have some sentimental favourites, and I am disappointed that they didn't make the cut.  So I shall name off a few of them and the results so you can see why I felt they belong on this DVD box set release.

Clearly Brutus Beefcake is not a great wrestler, but he was a favourite of mine growing up.  And that's not even the reason why I picked this show.  I picked it because it was Brutus Beefcake's first match back after his boating accident in the summer of 1990.  The match was Brutus Beefcake vs. Ted DiBiase, one half of Money Inc.  Ted and IRS ended up using the briefcase on Beefcake's face, thus turning Jimmy Hart face and he tried to protect Beefcake.  And this whole angle helped bring back Hulk Hogan for one more Wrestlemania match at Wrestlemania IX.

What better way to celebrate the 1 Year Anniversary than by putting it on this box set.  But no, they didn't choose this show.  Its claim to fame is seeing The Quebecers lose their Tag Titles to the underdog team of the 123 Kid and Marty Jannetty.  I guess WWE felt that having Jannetty win two titles on this box set would be just too much.

The show that had the incredible heel turn of Davey Boy Smith.  For years the British Bulldog was a baby face and the fans adored him.  But at this Raw show, Davey Boy Smith turned on his partner, the WWF Champion Diesel, and helped Men On A Mission take him down.  It was the breath of fresh air that The British Bulldog needed for his career at the time.

This show started out with a bang.  A six man tag kind of bang.  Diesel, Shawn Michaels and The Undertaker vs. Owen Hart, British Bulldog and Yokozuna.  The match on paper looks to be great, and to be honest, it really wasn't that bad.  Until the end.  King Mabel interfered and along with Yokozuna went on to break the orbital bone in the Undertaker's face.  Dean Douglas attacked Shawn Michaels and put him on the shelf.  And Owen Hart and the Bulldog took out Diesel.  Never has a time in the WWE in that era had the good guys been left laying so bad from the bad guys.

The day after Survivor Series.  The show wasn't that great, but two big things happened.  One was the end of the show, with Shawn Michaels taking a kick to the head from Owen Hart and the company making kayfabe seem gone with how they reacted to Shawn not moving.  The other was the re-emerge of a 7 foot tall monster named Diesel.  The promo Diesel cut was pretty much the pre-Austin 3:16 promo that Steve Austin cut at the King Of The Ring months later.  Diesel said he was only going to be true to himself, not being a corporate puppet anymore.  And if you had a black glove on your hand, he'd slap it.  If not, then get out of his way.

The day after Wrestlemania 13, and Bret Hart finally turns heel.  The promo of all promos at that time.  And it was the beginning of something great for the WWF at that time.  It was the beginning of a great stable by the name of The Hart Foundation.  To not include this Raw on the box set seems almost criminal.  For it was this Raw that set up a reason to have other Raw shows from 1997 to even be considered for this box set.

So not only do we get an 8 man IC Title tournament - which was won by Ken Shamrock when he made X-Pac tap out - but we get Steve Austin tagging with The Rock to face Kane and The Undertaker.  It was a really solid Raw - like most were at that time.  But I still think this Raw has a place on the box set.

The fact that no Raw's from 2000 are even on this box set is shocking.  My only guess is why the year 2000 got over looked is because it was so Benoit heavy with angles and matches.  I am sure if things didn't go down like they did involving him, that the Radicalz debut would have made this set.  But the fact that this Raw isn't in this box set is confusing.  For Chris Jericho wins the WWF Title from Triple H, only to have to give it back later on that night.  The whole show was focussed heavy around Jericho and Triple H, so to not include this show seems strange.

How on earth didn't this Raw make the cut?  The Rock challenging Hollywood Hogan to one more big Wrestlemania match is huge!  And the fans would show that with how loud they got over this.  Yet this show didn't seem to make the cut.  Maybe it's because a certain wrestler that is involved here in this angle wrestles for a little company called TNA?  Who knows.  All I know is that it should have had a place on this box set.

Now those are just a few I picked.  I probably could pick more but those ones just quickly came to me.  It's strange though in looking at the list to see what Raw shows made the cut.  I am not saying they don't belong there, because they do.  All have a special meaning to be on the set.  I just feel that maybe some don't have a strong enough meaning to be on there compared to some of the ones I listed off.

But I am sure everyone will want to pick up this box set.  I know I am a bit inclined to do so.  I doubt I will ever watch it, but hey, at least I have it, right?  And isn't that what's all about anyhow? 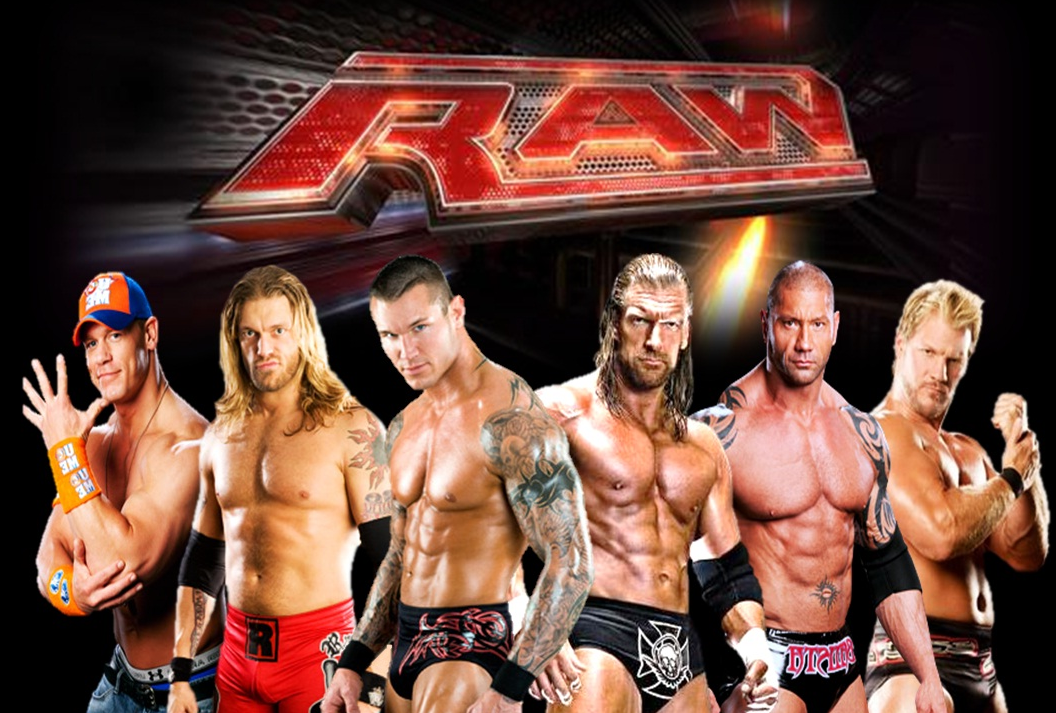 So hopefully you enjoyed the Raw shows I picked and felt should have been included.  If anyone else has any Raw shows they think should be included as well, then leave a comment here or on the Facebook page.