Everyone has wrestlers that they just love to love, or love to hate.  Some are liked because of a move they do, or a thing they say on the microphone.  I mean I can't say much, the five guys I grew up like in the 90s were Bret Hart, Shawn Michaels, Shane Douglas, Kevin Nash and Barry Windham.  One wore pink, one was a diva, one couldn't say an interview with swearing or cussing, one was super lazy and the other was a hick.  But I liked them, and that's all that mattered to me.

But that was then, and this is now.  The year is 2013 and a whole new crop of talent is in the WWE to watch.  Yet I find some of the talent just rubs me the wrong way - yet we wrestling fans are supposed to like that said talent.

So I have decided to write up my own personal Top Five Yes and Top Five No for when it comes to certain sports entertainers in the WWE.

I will do my Top Five No list first.  And it's in no particular order either.

I almost got onto the Punk bandwagon in 2011 after he said his speech - which I found out he pretty much copied from his ROH days in 2005 - and in 2011 it was cool to like CM Punk.  Now don't get me wrong, I liked CM Punk years before he dropped a 'pipebomb' for the WWE audience.  But to me the guy is not as good as he seems.  The fans believe that CM Punk is a wrestling God.  I believe that CM Punk got lucky in every spot he had in the WWE.  His interviews are boring, his style hasn't changed, his look alters a bit whether he shaves his head or slicks back what hair he has.  That's it.  Sorry Punk, but I don't drink the koolaid that you handed out with that pipe bomb speech of 2011.

I don't like her.  I don't know how much more simple I can make that.  I don't find her entertaining, and there was a point on WWE television in 2012 that she was involved in EVERY angle possible!  From being Daniel Bryan's girlfriend, to teasing a relationship with CM Punk, hell, even teasing a relationship with Kane!  To being the Raw General Manager, to now being the WWE Divas Champion and feuding with the girls from Total Divas.  I am sorry AJ Lee, wardrobe malfunction or not - and again, it wasn't a malfunction, your shirt went up over your breasts, oh no!  Let the little 13 year old boys fantasize about that I guess - but AJ Lee, you aren't my cup of tea.  Next!

"Believe in the Shield."  Yeah, yeah, yeah, we get it.  You were some star from the independent wrestling scene, had a few hardcore matches, and got signed by WWE.  Supposedly you're the next Terry Funk, though I also heard the next Roddy Piper, and now Mick Foley is comparing himself to you.  Well in all honesty, I find you to be average at best.  Roman Reigns and Seth Rollins have more star power than you do, Mr. Ambrose.  So enjoy that US Title reign you have, it will probably be your last.

Sorry RVD, but it's 2013, not 1998.  But in 1998 I was a huge fan of yours.  You and Sabu, feuding with Lance Storm and Chris Candido.  You with your pony tails, strange art designs on your singlet, all those cool kicks, and splashes and... wait.  Nothing has changed about you in 15 years!  Sorry RVD, but I don't care to see you back in a WWE ring.  You were more suited for TNA, and even that didn't work out for you in the end.  I know the saying is "if it's not broke, don't fix it" but there's also something to be said for creativity in life.  You sir, are missing it.

From Legend Killer to the Age Of Orton to The Apex Predator.  From charismatic, to genius to boring.  Boring, boring, boring.  Sorry Randal Keith Orton, but what happened?  In one of your many shoulder surgerys did they take away your ability to be charismatic?  It appears that way.  Nothing about you is entertaining whatsoever.  Even this newly turned heel run is the same as your face run.  Way to not change it up and be interesting.

Now, there is five guys who I dig and who I think have a bright future - if not already made it to that spotlight as I currently write this out.

YES! YES! YES! YES! YES!  Is that the new word for "WHAT?!" that we used to hear many years ago from "Stone Cold" Steve Austin?  Maybe so.  But that's okay with me.  I have to admit, I never cared for Bryan Danielson; ROH star.  But Daniel Bryan; WWE star, is alright with me.  He has charisma, he's funny, his matches are entertaining.  It really is hard not to like this guy.  The WWE universe has made it clear that they picked him.  They chose Daniel Bryan to perhaps be the next Steve Austin?  For only time will tell on that one.

Man, this guy has IT!  Hands down.  He can do it all.  He can bump like a mad man, put on entertaining matches, make his opponent look like a million dollars, and at the same time get himself over.  He's a two time World Champion, and should be the champion right now as far as I am concerned.  Nothing against Alberto Del Rio, but I think Ziggler needs the belt more than ADR does for the moment.  But how can I not like Dolph?  The guy is a spitting image of Shawn Michaels and Billy Gunn.  Not that that's a bad thing.

This guy is amazing.  He's strong as all hell, and can put on a great match too.  He too is a former ROH guy, as Claudio Castagnoli and was only an ROH Tag Champion twice in that organization.  But in the WWE, he became a threat when he won the US Title and held it for almost a year.  It seems right now the WWE is unsure what to do with Antonio, but I have no worries with that.  I am sure they will find a spot for him once again and he will shine and hopefully become the World Champion.

How could I not pick the nephew of Barry Windham, right?  But in all seriousness, Bray Wyatt is amazing for what he looks like.  He's not buff, or muscular, he's actually quite fat.  But man, can he move.  He's one fast athlete in the ring.  I don't ever see him being WWE Champion, but I see him challenging Cena for that Title one day.

Okay, so you're probably wondering.  You just picked on Rob Van Dam, but you have Christian in your Top Five Yes guys??  Well yes, I do.  Because the guy is under appreciated and has been ever since he came back to the WWE.  He ruled the WWE's version of ECW as ECW Champion for practically a year.  He won the World Title, but only because his best friend Edge retired.  He won his second World Title only to set it up to have Edge side with Randy Orton in defeating Christian to win back the World Title.  Christian is just a guy that deserves one more run.  A real run at that.  I just hope that maybe in the next year, we see the World Title around the waist of Christian once again.

Okay, so those are my lists.  I am sure you will agree, or disagree with them, and that's fine.  Actually, if you want, make up a list of your own and post it either on my Facebook page, or underneath this blog. 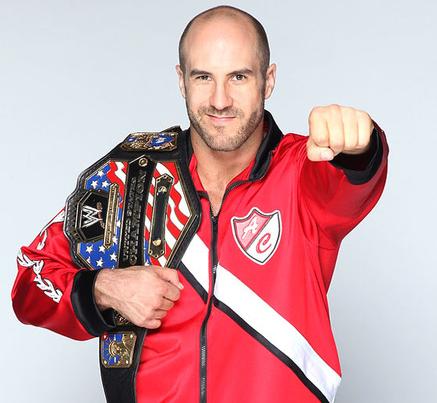 So with that being said, I hope to hear some feedback on my Top Yes and Top No lists.